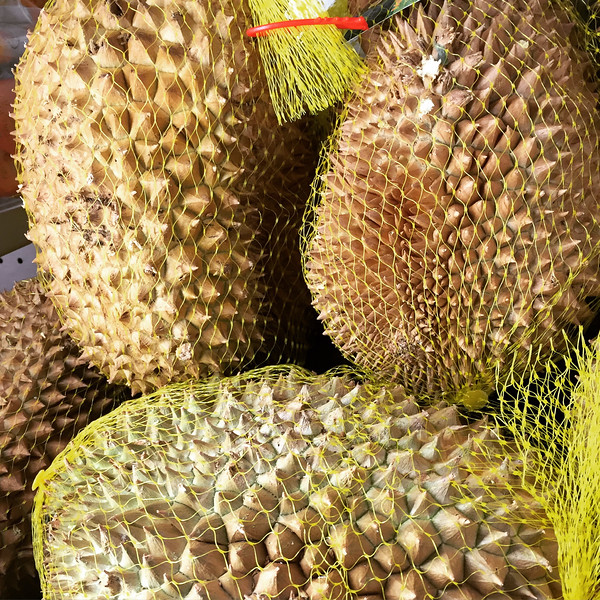 Durian is a large, spiky fruit native to Southeast Asia. It’s famous for its pungent aroma and savory smell that is sometimes described as fried onions While foreigners often have a tough time stomaching the smell, it’s much loved in many parts of Asia.

Where to find it: Asian grocers, typically sold whole and frozen. In the Bay Area, I found durian at Lion Market in San Jose. 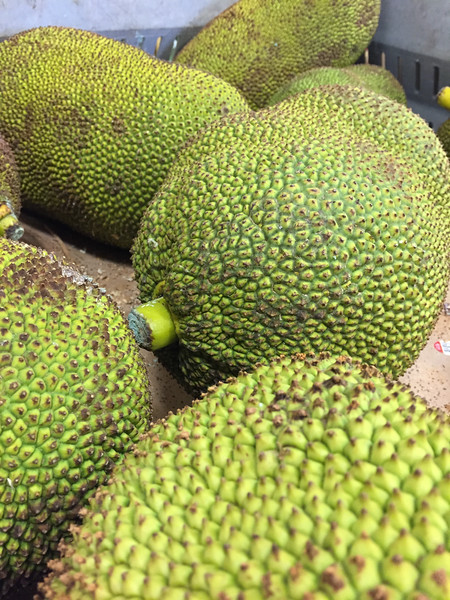 Jackfruit is native to Southeast Asia. It’s the largest tree-borne fruit in the world and can sometimes grow up to 80 lb in weight. The starchy fruit has a subtle sweetness and  apple/banana flavour. When cooked, it takes on the flavour of other ingredients and shreds like pulled pork so it is becoming popular in the U.S. as a vegan meat substitute.

Where to find it: Asian grocers, typically sold fresh, whole or by the slice. It’s becoming more common so some mainstream grocery stores stock it. 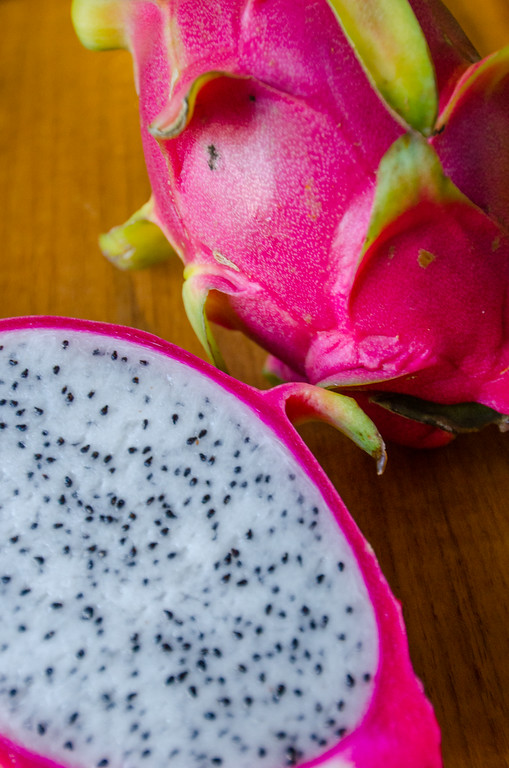 Colourful red and green cactus fruit with white flesh spotted with tiny black seeds, similar in texture to a kiwifruit. While the appearance is dramatic, the flavour was surprisingly subtle. Dragon fruit is native to Mexico but is now grown across Latin America and in Asia.

Where to find it: Well-stocked grocery stores and Asian markets. 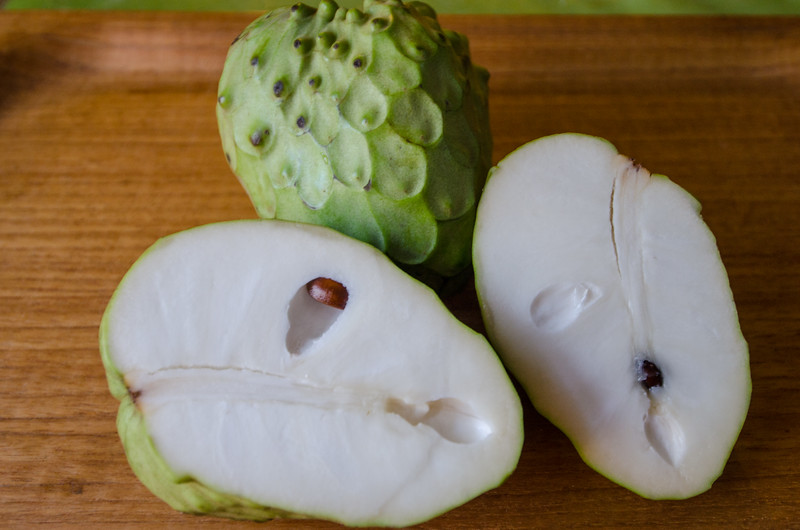 Cherimoya was one of the most popular new discoveries at our FruitCrawl. The fruit, native to South America is filled with a soft, custard-like white flesh that gives it the nickname “custard apple.”  I think it tastes like a combination of banana, pineapple, and bubblegum.

Where to find it: Latin American markets and well-stocked grocery stores. 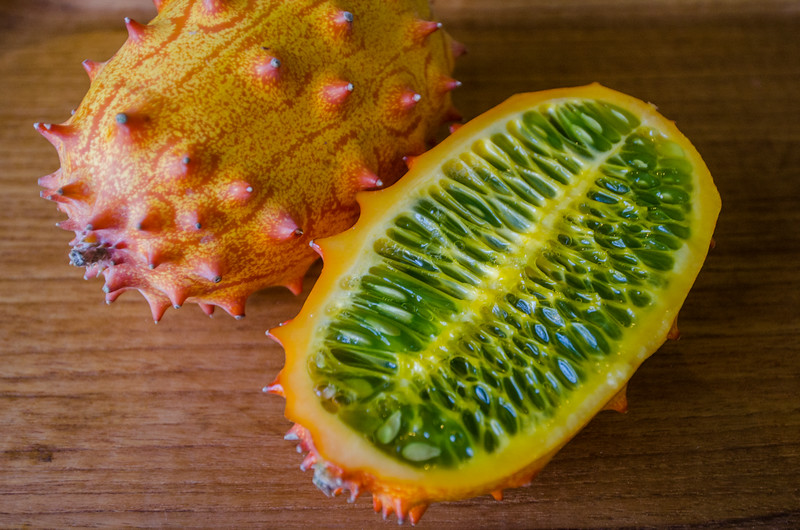 Kiwano is a beautiful and otherworldly-looking fruit that is native to Sub-Saharan Africa. The fruit has bright orange spiky skin filled with yellow and green seeds. The vibrant flesh tastes like lemony cucumber.

Where to find it: Well-stocked grocery stores and specialty food stores.