Benefits Of Pear Fruit And Its Nutritional Value

Top 10 interesting facts about the pear 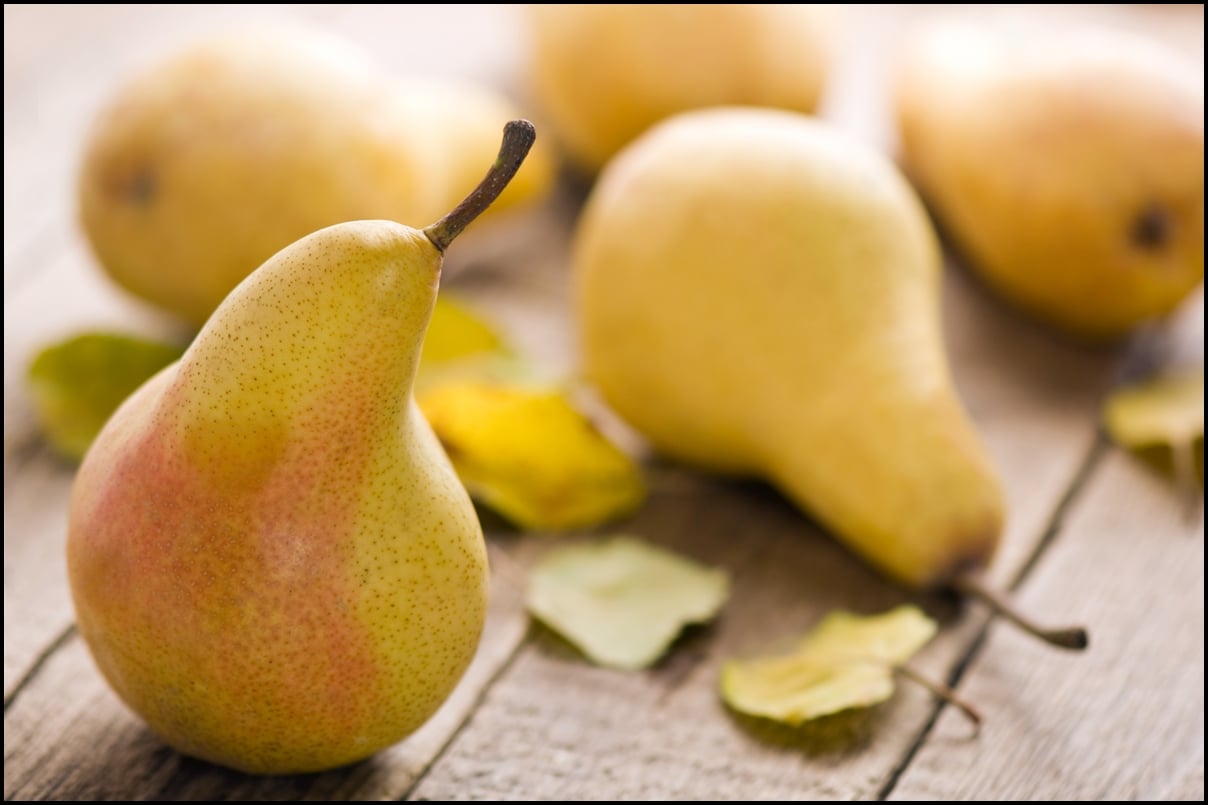 Benefits Of Pear Fruit And Its Nutritional Value

A medium-sized pear provides about 15 percent of our daily recommended copper requirement. Copper is an essential mineral required for a healthy central nervous system. The copper ions affect the component that is responsible for making the neural synapses stronger or weaker. This change affects our ability to learn and remember. The antioxidant, quercetin, found in pears also protects us from Alzheimer’s disease.

Pears are a good source of glutathione, an antioxidant, which controls high blood pressure and reduces the risk of strokes. It contains potassium, a mineral, which maintains the health of the heart. Quercetin also prevents artery damage that can cause heart disease. The high levels of pectin in pears lower cholesterol in the body.

Pear is one of the best fiber-rich foods. A medium-sized pear provides up to 30 grams of fiber, including pectin, which helps in toning the intestines and lowering the cholesterol levels. A high fiber diet prevents a bloated belly caused by constipation, while preventing painful hemorrhoids. Fiber also helps to absorb vitamins and minerals from the food.

Pears contain boron, a mineral which aids the body to retain calcium. The fruit may, therefore, help in preventing osteoporosis. 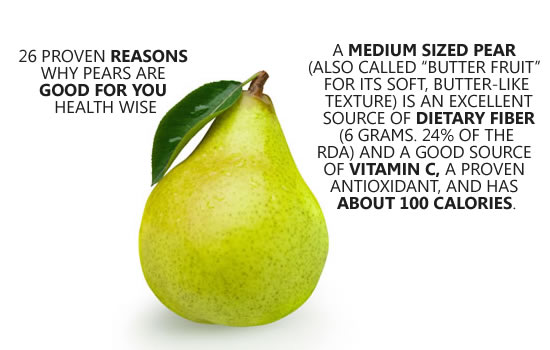 Pears are a good source of Vitamin B2, C and E. It contains minerals like copper, iron, manganese, calcium, potassium, magnesium, sulfur and chlorine in small quantities. It is also a good source of pectin, a water-soluble fiber. Pear also contains all three groups of flavonoids – flavonols, flavan-3 and anthocyanin in huge amounts.